Instagram is the Best Stories Platform of All Time 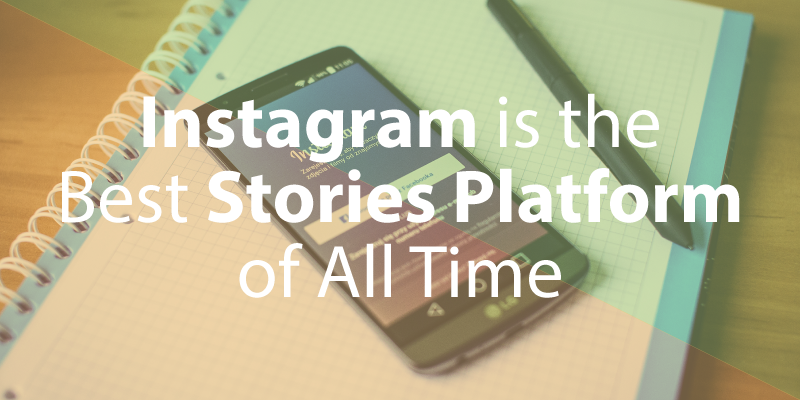 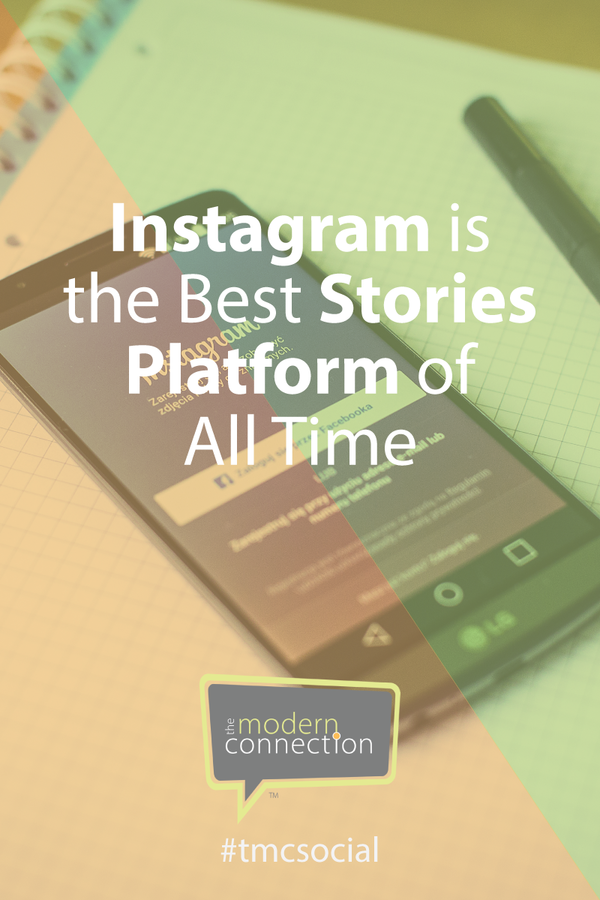 Unless you have been living in a clamshell for the past couple weeks, you know that Instagram debuted a new feature to the photo sharing app called “Instagram Stories.”

Instagram totally was peeking over the shoulder of Snapchat during the calculus quiz because there are more than a few similarities between the two apps.  I wouldn’t say that Instagram stole the complete concept from Snapchat, which was recently valued at $18 billion , I would use the term *creatively borrowed* because Instagram totally flipped the script, making it more easily consumable than its predecessor..

Both platforms are built on fairly similar objectives, as each let users post photos and videos to a feed that disappears after 24 hours. Instagram Stories maybe in its infancy, but could grow up to beat its older brother, Snapchat, in terms of advertising ability and user experience.

Why? Let me break it down for you.

Ask any Snapchat user what their #1 caveat is and they’ll more than likely mention the difficulty of being able to find and follow friends and acquaintances effortlessly.

Snapchat still has no fluid way to find other users unless you know their exact username, have a QR code, or know the phone number it is associated with.

Instagram drops a bomb on that obstacle and solves it with ease. Because you already A.) follow people you’re interested in seeing content from, and B.) know their name or handle, so you’re able to use the search function to find and follow them in seconds.

Instagram has about 300 million daily active users versus Snapchat’s reported 150 million. Meaning, Instagram’s already proven establishment is only expected to grow with the rise of Stories.

If I had a dollar for every time I was watching my chronological recent updates on Snapchat and got confused of whose story was whose, I would be sailing on a yacht in the Mediterranean with Evan Spiegel himself.

The only signifying feature that differentiates a feed of Snaps or posts from your Snapchat friends is a small cycling circle in the top-right corner.

Instagram solves that problem with a noticeable linear line across the top of your device where you can track the progress of each post. There is a more clear animation mark to spot where one user’s story ends and another begins. There is a also an easier swiping method to rewatch the previous post or move on to the next users’ photo story. This action is much harder to replicate on Snapchat.

Snapchat is more suited for one-on-one communication or sharing moments with your inner circle rather than speaking to a mass audience. Snapchat created and mastered an enhanced messaging system between two people, with Snapchat Stories being the cherry on top, but not the main sundae. But the platform does not embrace brands the way Instagram does by making it easy to follow them and like their posts.

On Instagram, your Stories are shown at the top of your page sorted by friends who you interact most with, based on an algorithm.

Snapchat’s Stories are presented chronologically with the most recent stories located at the top.

At the time of writing this blog, there is one feature that Snapchat is the reigning King of…

If Snapchat is to focus on its strengths, this is it. Advertisers can use branded filters as seen in THIS BLOG.

Let’s take a moment to give thanks to our forefathers at Snapchat, for they paved the way for Instagram Stories to exist.

“Not all Apps are Created Equal” – Thomas Jefferson, the Social Media Constitution, 1776

But one thing’s for sure. I would have LOVED to be a fly on the wall (or Elephant in the Room, depending on how many bagels I’ve eaten that week) in the Snapchat office when Instagram dropped the mic. Stay tuned to see how Snapchat will adapt.

Chelse Hensley is a social media marketing specialist who blends SEO, targeted advertising, and creative writing to create multi-platform strategies to reach audiences, engage customers, and strengthen brand recognition. She's loves to write and travel in her free time. You can catch her blogging at HashtagTourist.com!