#WebWeds: Can a Tweet Make You Lose Your Job? 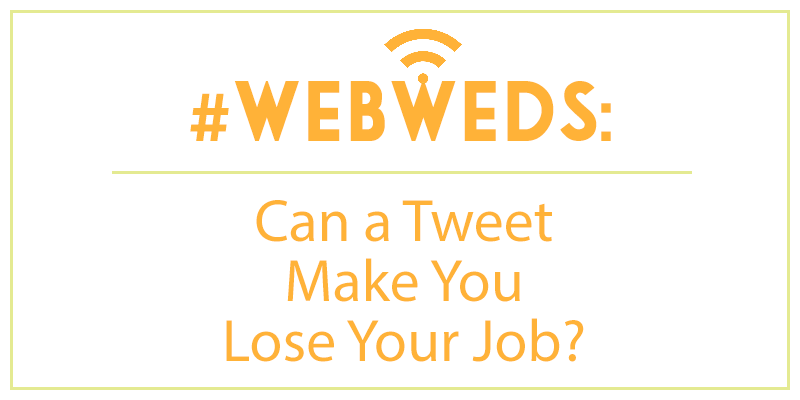 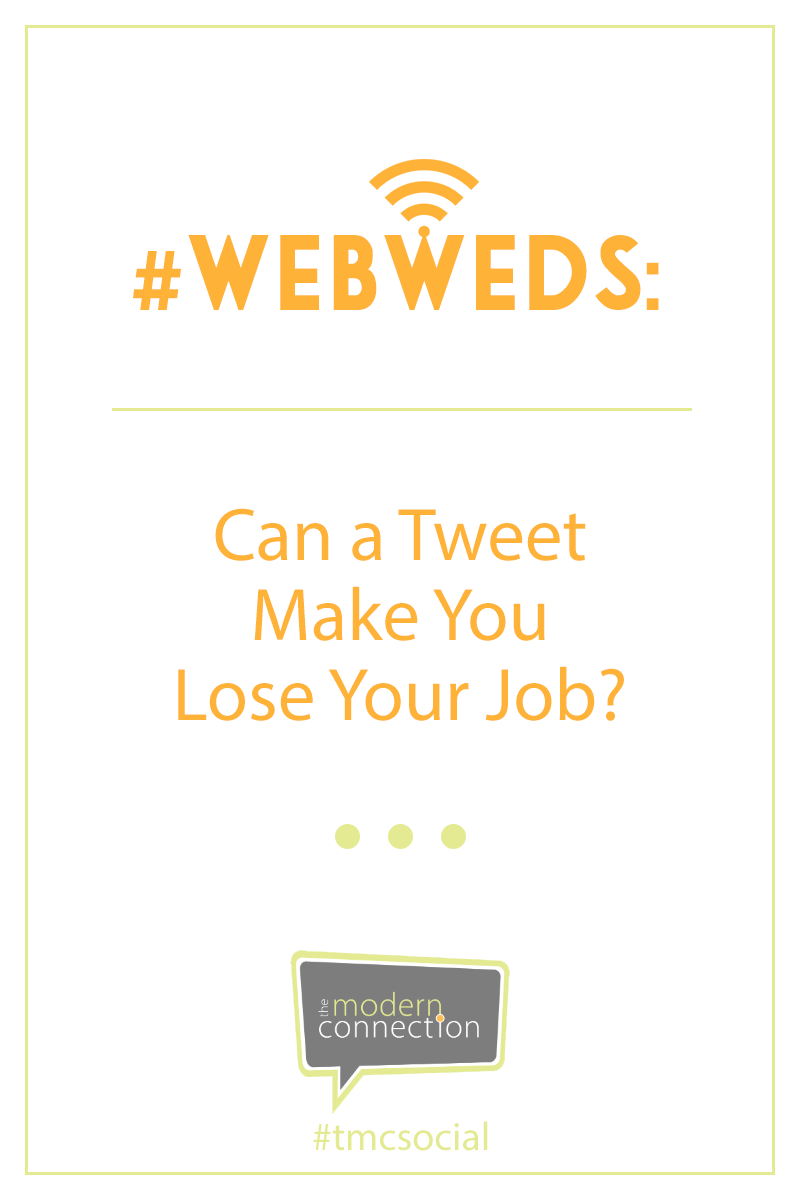 Note: This was featured as part of our Web Wednesday segment on Charleston’s 105.5 The Bridge with Box in the Morning. You can catch us every Wednesday morning at 8:20 am ET for your dose of social media & digital marketing news.

Back in January of 2015, a customer tweeted to Chipotle thanking them for a free meal. Frustrated employee James Kennedy tweeted back, “Nothing is free, only cheap #labor. Crew members only make $8.50hr how much is that steak bowl really?”

At the time, Chipotle’s social media “code of conduct” for its employees was that none of them were allowed to tweet out false, disparaging, or inaccurate information about the company. So when they caught wind of this tweet, Kennedy was fired.

The National Labor Relations Board took a look at Chipotle’s social media policy and determined that it was in violation of federal labor laws and that it was going to have to change. So not only can Chipotle employees now tweet whatever they want about their employer without fear of termination, but Chipotle now has to offer to hire Kennedy back and pay him any back wages he would have earned had he not been fired.

Chipotle’s troubles ran a little deeper than only their social media policy, though. Policies prohibiting employees from holding petitions, solicitation during work hours, and discussing politics and the company at work were also found to be in violation. So, essentially, Chipotle is going to need some new lawyers helping them to draw up all new policies.

A social media policy is extremely important for a company to have, and we have one here at The Modern Connection. If you’ve never thought about how your employees should and should not be allowed to behave online, we can help! We work with your company’s attorney to write up a personalized social media policy for your company. Fill out our free consultation form to learn more.