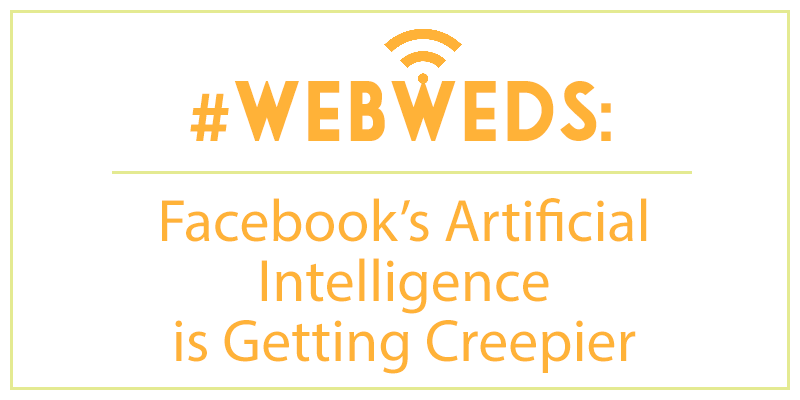 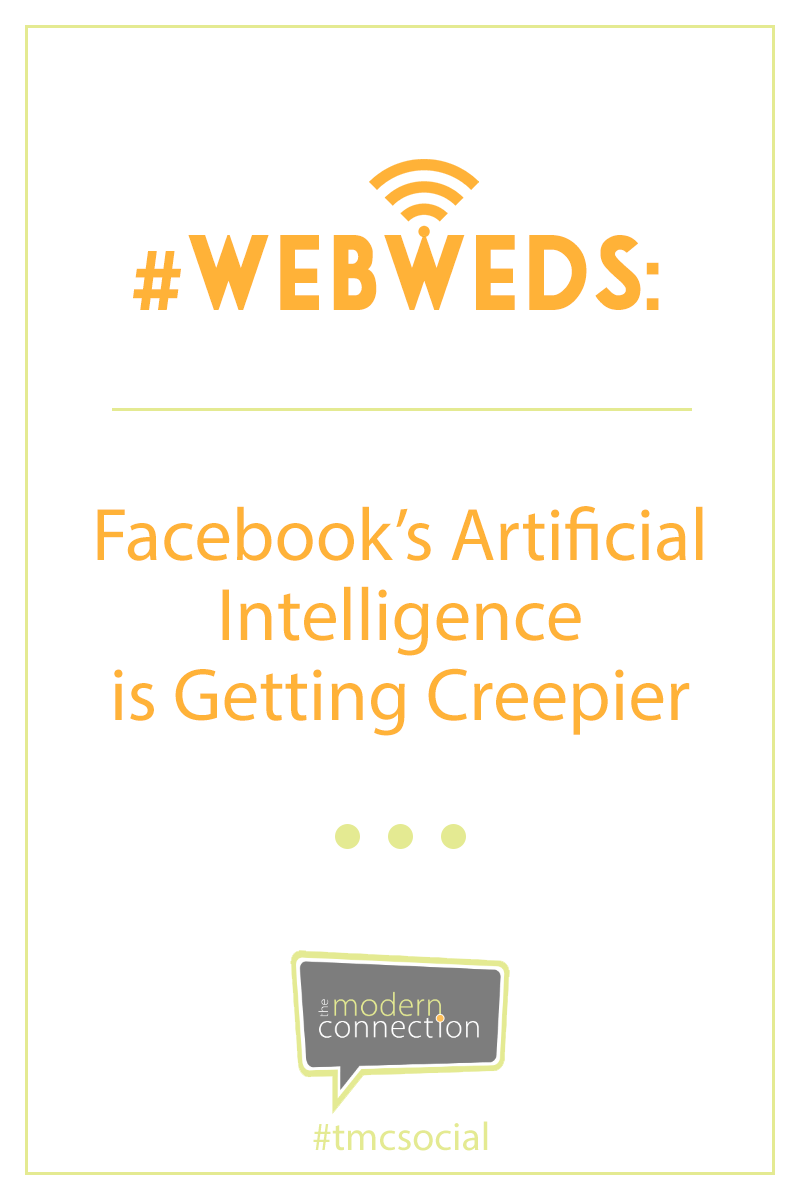 Note: This was featured as part of our Web Wednesday segment on Charleston’s 105.5 The Bridge with Box in the Morning. You can catch us every Wednesday morning at 8:20 am ET for your dose of social media & digital marketing news. You can listen to the segment below:

We’ve seen a little bit of Facebook’s AI (Artificial Intelligence) software at work when we post photos of our friends and Facebook recognizes the face and asks if you want to tag that person in the image.

However, Facebook is working on some changes to make their AI software even more intelligent…or, depending on who you ask, creepier. Facebook has announced that they’re releasing all of the data, code, and research for their AI software to the public to see what open source technology and ideas will come of it.

So far, we’ve seen this tech in use earlier this year when Facebook released a way for blind people to use the platform. Essentially, Facebook will tell you what is in the photo: “Two people are smiling, wearing sunglasses, sitting in the grass, etc.”

And this is just the start of it. One day, this kind of image-recognition technology could make searching through your memories extremely easy. For example, you could search for “pictures of me smiling” and be able to sift through all photos you’ve uploaded that match this query (Google Photos already offers results for searches like this).

Not only this, but Facebook sees real potential for businesses with image-recognition AI as well. A few years down the road, you might be able to take a picture of a pair of jeans to see where you could buy them, or even take a photo of your breakfast to see which item has the least amount of calories or the most protein. Mind blown, right?

This particular type of Artificial Intelligence is called “deep learning,” which is basically about interpreting data through “neural networks” (computer programs based on the human brain and nervous system). Which is actually really cool when you think about it.

Of course, there are blurred lines about what is actually legal as we’re slowly introduced to more and more AI. For now, Facebook and Google still require human approval on tagging and putting a name to a face. This is partly because of privacy reasons, but also partly because this software isn’t foolproof and more research is needed.

We’re excited to see where Facebook and other big tech businesses take Artificial Intelligence, because we can definitely see big potential.

Jenn Steere is the Director of Operations at The Modern Connection, where she enjoys helping businesses succeed in the digital world. She is a graduate of Mary Baldwin College in Staunton, VA (Go Fighting Squirrels!) and has a background in Online Marketing and Management. She loves curling up with a good book in a beach chair and spending quality time with her husband, Colby, and their Tuxedo cat, Chloe and Boston Terrier pup, Ellie.