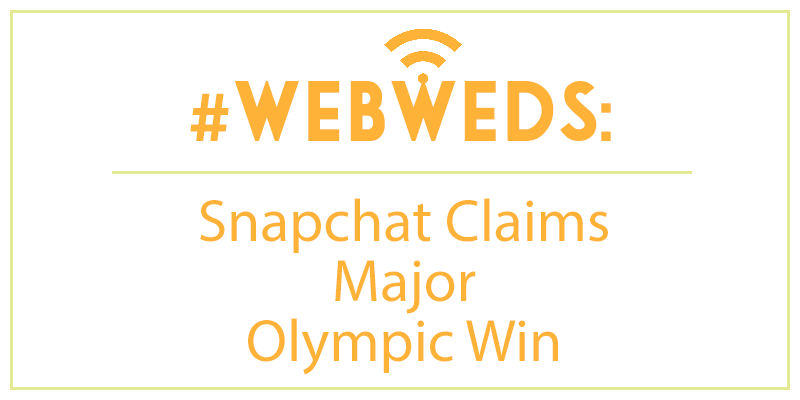 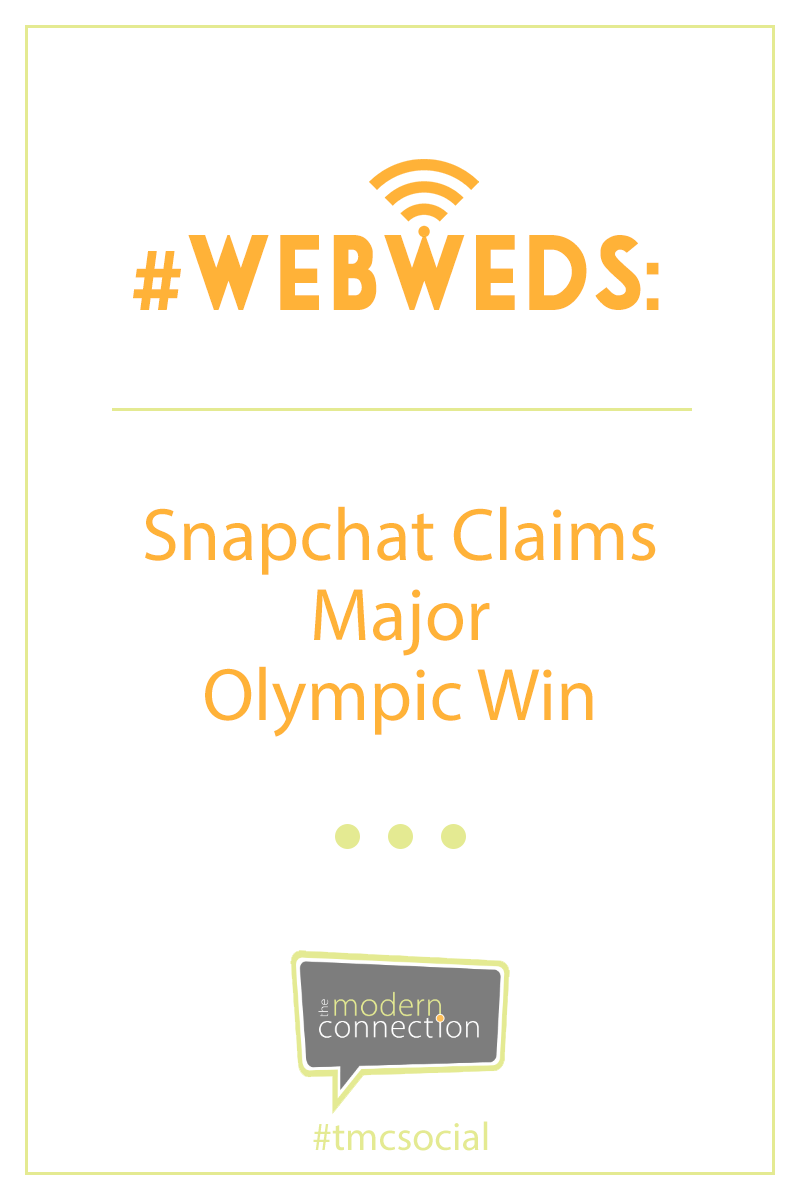 Note: This was featured as part of our Web Wednesday segment on Charleston’s 105.5 The Bridge with Box in the Morning. You can catch us every Wednesday morning at 8:20 am ET for your dose of social media & digital marketing news. You can listen to the segment below:

We talked a couple of weeks ago about how strict the Olympics are being with social media, but they made a pretty incredible deal with Snapchat. NBC partnered with the social media platform to show clips of the Olympics in a live story for users to view. NBC, BBC, and Buzzfeed have all been working together to create this awesome content for Snapchat, and it has been extremely popular.

Just how popular? Over 50 million people have watched the Olympics Snapchat story during the first week of the games alone. Let’s just say that NBC isn’t having any regrets about this partnership. Users are loving this live story, because they’re able to get their hands on the most interesting and engaging clips of the Olympics, rather than having to watch hours of the games on TV or simply catch up on the highlights.

Everyday, over 10 million videos are watched on Snapchat, and 1 in 3 of Snapchat’s entire user base has watched video from the Olympics. Considering Snapchat has over 100 million daily active users (and even more who use the app less often), NBC is reaching a massive amount of people through this partnership.

This has put Snapchat in competition with Facebook and Twitter for a top destination for live coverage of events. Research has found that 41% of all 18-34 year olds use Snapchat every single day, so this platform is very clearly giving other platforms a run for their money. This is very possibly the reason why Facebook-owned Instagram launched its own version of stories last week (a feature that Snapchat is known for).

With its biggest feature now being a part of another popular platform, we’ve all been curious to see how Snapchat would fight back. And it looks like it might be through its own form of search. Snapchat recently acquired Vurb, a search app that gives you suggestions tailored to what you love, for $110 million. We’re thinking that Snapchat might become geoloaded, similar to Foursquare, and allow users to watch a snap and search for the location of that snap. For example, if a user watches a snap of his friend having a beer at a bar, he’ll be able to get directions to that bar for the next time he goes out for a drink.

If you want to stay current with all of social media’s constant updates, give us a call or fill out our free consultation form.